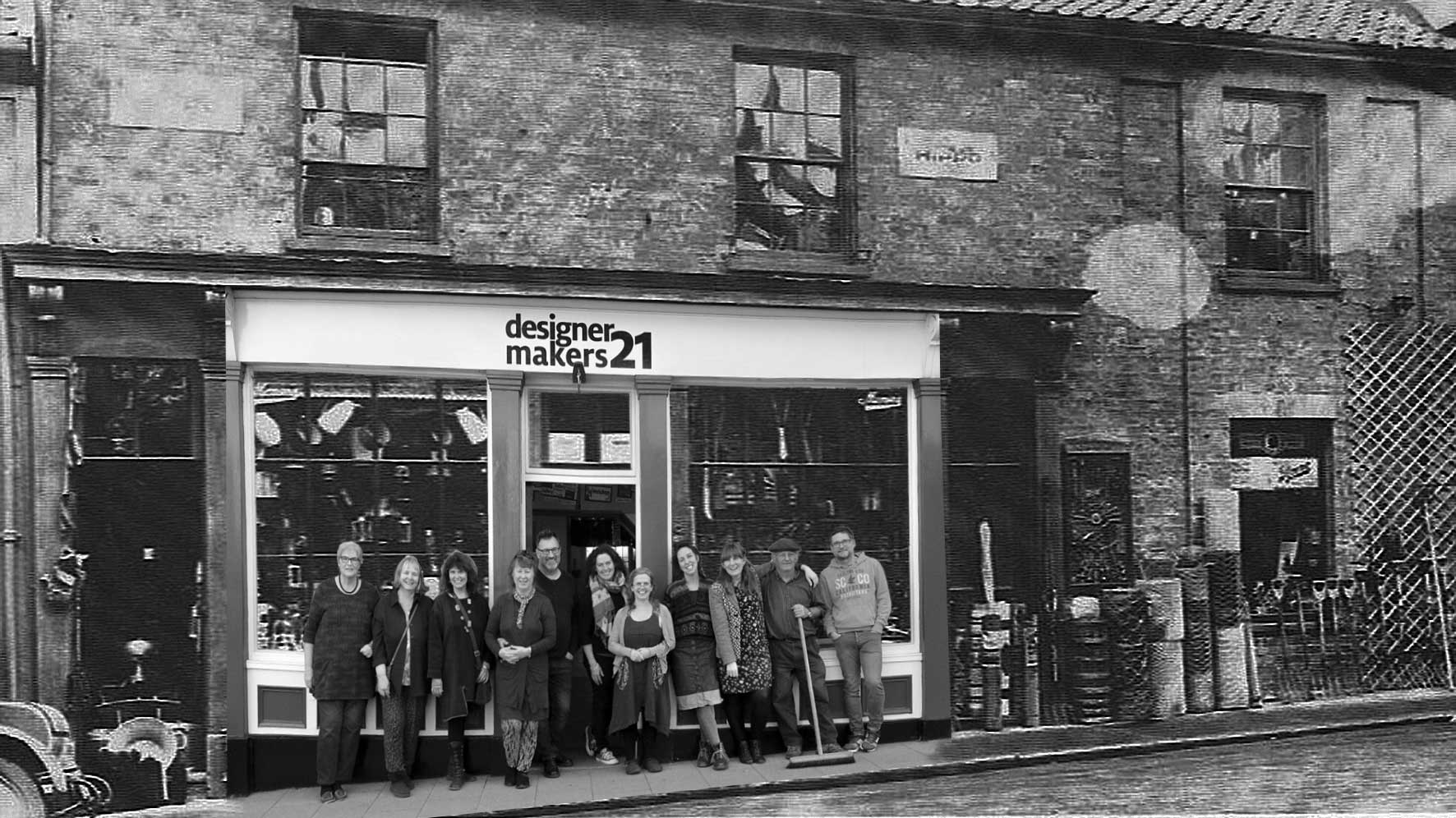 Albrights of Diss was a hardware and ironmongers store that occupied 21 St Nicholas street Diss, opposite the Corn Hall, for well over a hundred years until it closed in 2008.

In 2013, the Corn Hall Trust, having seen 21 St. Nicholas street stand empty for more than four years, suggested to the Diss and Ipswich Quakers (who own the building) that the empty building would be an ideal setting for a crafter’s collective. The Quakers generously accepted the idea and so began the work.

The grade two listed building (which appears on the 1838 tithe map) quickly took shape. With a lick of paint and buckets of enthusiasm, in May 2013, designermakers@21 opened with four craft studios for local makers. Initially the first four studios opened to the public for one day a week. Soon after, a second wave of makers moved in extending the conversion of storeroom and office space into practical and well presented studios, and the shop floor into several galleries.

To build on the initial success several initiatives were put in place:

In 2015 designermakers@21 changed its name to designermakers21, a change of identity that accompanied an up-tick in ambition as the Corn Hall Trust handed over the management of 21 St. Nicholas street.

In 2016 designermakers21 set up the charity designermakersCIO, providing a corporate scaffold to support the growing ambitions to educate and spread the appreciation of craft throughout the local community and further afield.

A donation from Dissigns of screen printing equipment and tools kick-started the emergence of ‘The Old Whiteforge’, a soon to be community asset (incorporating a darkroom for black & white photography), providing pre-press and screen process printing opportunities. With groups from Diss high school being among the first experiencers.

designermakersCIO started supporting makers in the community, showcasing their work in a dedicated gallery, facilitating opportunities to collaborate with members of designermakers21 and providing a dedicated, temporary craft studio for guest makers to test their ideas.

Another donation (this time from Aurora Eccles school), of a kiln and ancillary equipment has allowed designermakersCIO to realise an early ambition of setting up a Ceramics workshop: ‘The Potting Shed’ has seen the conversion of a previously redundant building into a community access ceramics studio, coming online in late 2019.

At the end of 2017 designermakersCIO signed a lease with The Diss & Ipswich Quakers, with the option of buying 21 St. Nicholas street, to create a permanent home for Craft and Makers in Diss and it’s environs.